Listening to the stories of the old Red Army, feeling those stormy and stirring years, which are more vivid images than any undergraduate teaching, their lives are legendary and worthy of being remembered forever by future generations!
The 97-year-old former Baoding Military Division Qian Commander's sage advice let us understand that today's life is not easy to come by, is Chairman Mao led the troops with courage and strategy life and death struggle out! Weapons and equipment lagged behind, so we took them from others! Today's happy life is the result of the lives of countless martyrs of the People's Liberation Army under the leadership of the Communist Party of China! He also told us about the historical background of the anti-American aid to North Korea, the establishment of new China, internal and external problems, facing the crisis, the Chinese People's Liberation Army gritted its teeth and held the critical juncture, but also finally with the U.S. imperialist mediation for more than 2 months after the U.S. imperialist had to compromise truce. It can be said that it is the persistence of the Chinese PLA that has won us the happy time today. We should not forget the history, try to contribute to the society, and continue to work for socialism forward and backward! The 99-year-old former head of the boat and bridge regiment Liu shared the story of when he was a sapper loading and draining mines, 99 years old, he told the story with a gleam in his eyes, his style did not diminish ~ the clarity of thought, memory of the deep, so we young people sweat! The commander pointed out that each battle is like demining, it is necessary to stop to organize data and records, just like planting mines in order to blow up the enemy, demolishing mines in order to protect their own family ~ after each battle to be quiet ~ this is how philosophical words, who said life is not so? Every battle we experience, we need to review!

Commander Qian sang the 1945 army song, after more than half a century, the lyrics are still remembered. Perhaps this is the most noble interpretation of the veteran's spirit that the veterans never die. It was very memorable to hear them tell the stories of the past and listen to them sing the military songs of the past. After more than half a century, the story still resonates, the lyrics still resonate, the spirit of the veterans is moving, and the advice of the veterans is heavy and heavy. In today's fast-paced life, we need to look back and cherish the beautiful life now, and be grateful to the most lovely people.

Scan the QR code to read on your phone 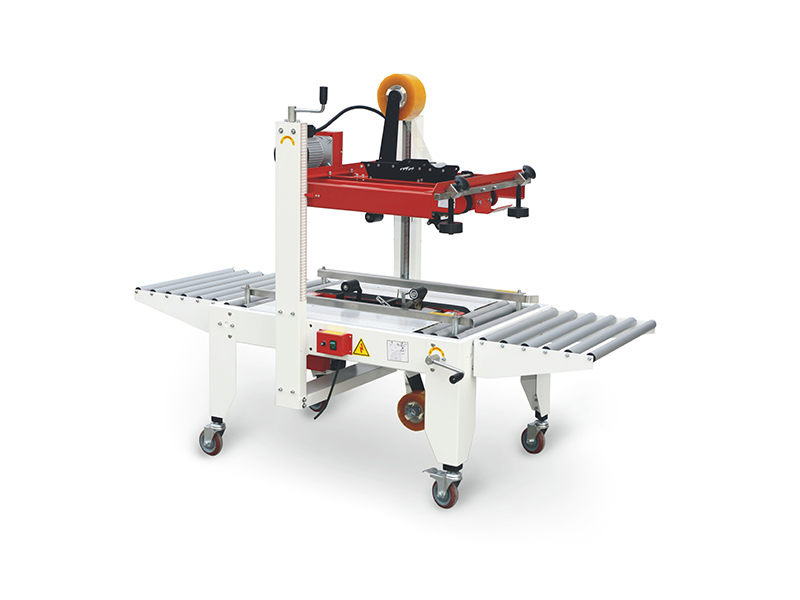 Semi-automatic sealing machine RPB-50 (lower)
Machine characteristics. ◆ Suitable for higher and heavy carton use. ◆ Manual adjustment of width and height when changing specifications. ◆ The transmission method is driven by upper and lower belt. ◆ Can be equipped with line or stand-alone operation, manual folding of the top cover, the upper and lower "one" box sealing is completed in one time. ◆ The structure of taping machine is precise and sturdy, with smooth operation and long service life. ◆ Standard specifications, can accept non-standard customization. 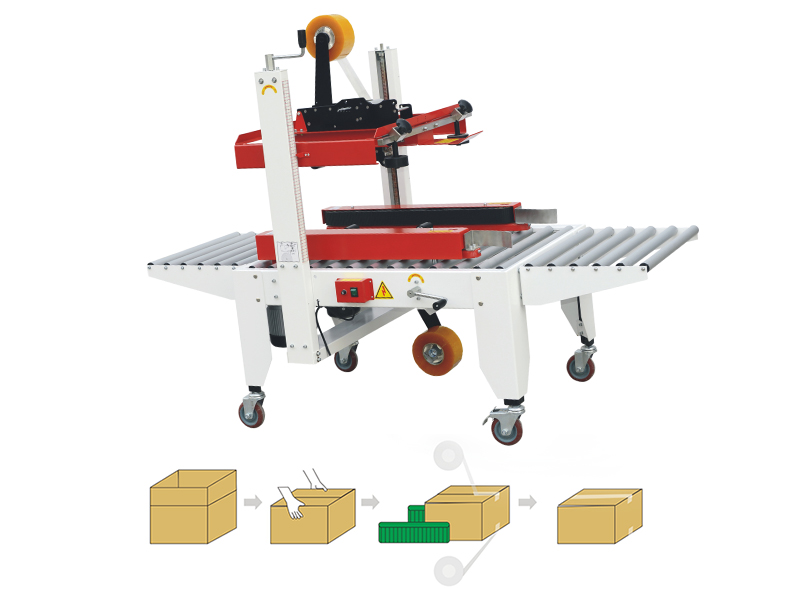 Semi-automatic sealing machine RPA-50(on)
Machine characteristics. ◆ Suitable for narrower and lighter cartons. ◆ Manual adjustment of width and height when changing specifications. ◆ The transmission method adopts belt drive on both sides of the lower. ◆ Can be equipped with line or stand-alone operation, manual folding of the top cover, the upper and lower "one" sealing is completed in one time. ◆ The structure of taping machine is precise and sturdy, with smooth operation and long service life. ◆ Standard specifications, can accept non-standard customization. 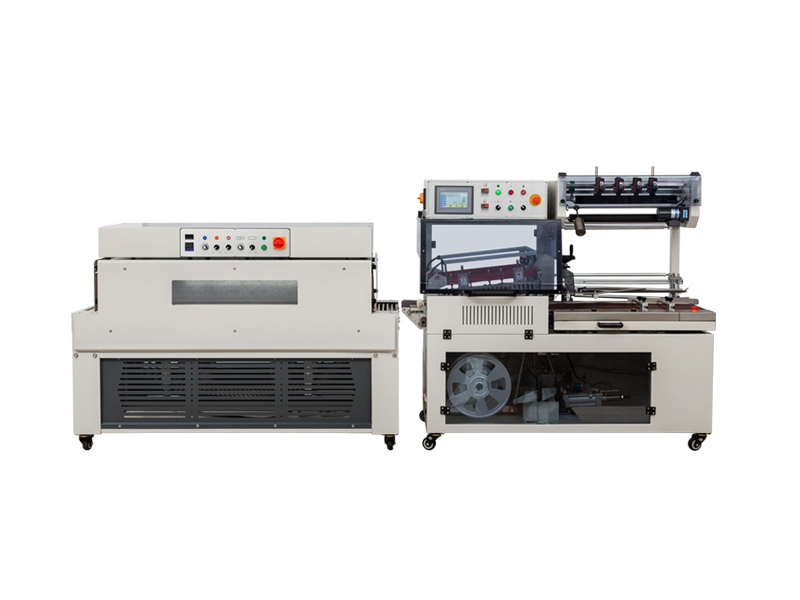 Automatic "L" type sealing and cutting machine SCA-5545TBG
◆ Packing speed up to 40 packages per minute. ◆ Human-machine interface, just input the length and height of the articles, the system automatically calculates the packing length. ◆ Intelligent design such as multiple options can be stored, so that the packaging size can be changed quickly and easily. ◆ The sealing and cutting knife is treated with special alloy material sprayed with Teflon, which does not stick to the film and seals firmly. ◆ The sealing frame is made of high quality alloy steel, and the frame is not easily deformed. ◆ It has protection function to prevent accidental cutting of packaging and protect the operator's safety. Vertical up and down 'L' type 5545TBD
Express bag packaging machine is to adapt to the rapid development of e-commerce logistics, alternative to manual packaging express bags, with obvious advantages ◆ Good sealing effect: firm, beautiful and flat. ◆ Fast packaging speed: 30 bags per minute. ◆ Can be used as a stand-alone machine, but also with the automated packaging line 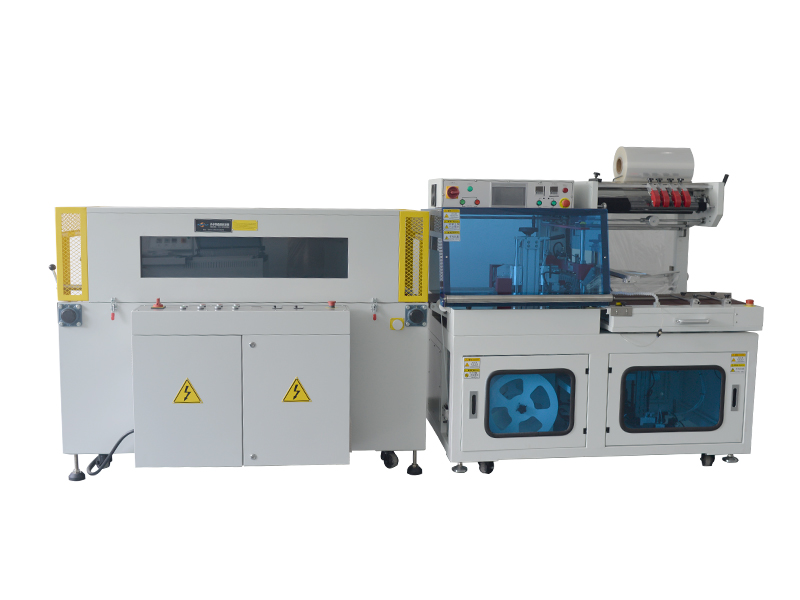 Edge Sealing Machine SCA-5545TBC
◆ The sealing part of the horizontal knife adopts vertical drive, and the vertical knife adopts international advanced thermostatic side sealing knife, the sealing line is straight and firm, which can ensure the sealing and cutting line is in the middle of the product to achieve perfect sealing effect. ◆ Adopting thermostatic heating sealing and cutting system can be used to seal and cut various industrial standard shrink films such as POF. Packing of products with different sizes can be done by simply adjusting with the hand wheel, increasing reliability and making it easier to operate. ◆ Sustainability of the longitudinal sealing knife to do the sealing and cutting action, the product length is not limited. ◆ The machine adopts PLC programmable controller with safety protection and alarm device, and the sealing and cutting system can make sealing action continuously and smoothly without changing, so the maintenance operation is very easy. ◆ The feeding length control is combined with electric eye detection and timer to precisely control the length of the film, making the shrinkage effect easier to control. ◆ Two sets of electric eyes, horizontal and vertical, are added for easy switching, so that the sealing and wrapping operation can be completed easily for thin or small packages. ◆ Automatically winding the scrap, using a separate motor control, will not be too loose or too tight and pulled apart, the scrap is easy to disassemble. ◆ Automatic air blowing function can be added according to customer's needs. ◆ Front-end power feed line and back-end non-powered storage table are optional according to the needs. 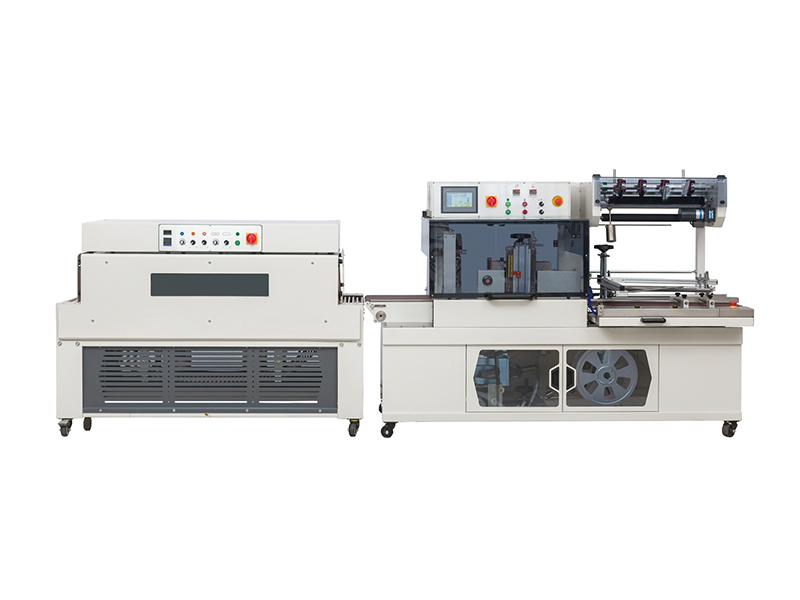 Edge Sealing Machine SCA-4518TBC
◆ Packing speed up to 40 packages per minute. ◆ No length limit for packing products. ◆ Adjustable cross-seal cutter stroke (cutter opening size adjustable), choose the appropriate cutter opening size for products of different heights, and the production efficiency is greatly improved. ◆ Adjustable height of sealing line, effectively improve the packaging effect. ◆ Human-machine interface, just input the length and height of the products, the system automatically calculates the packaging length, and can store a variety of options and other intelligent design, which can quickly and easily change the packaging size. 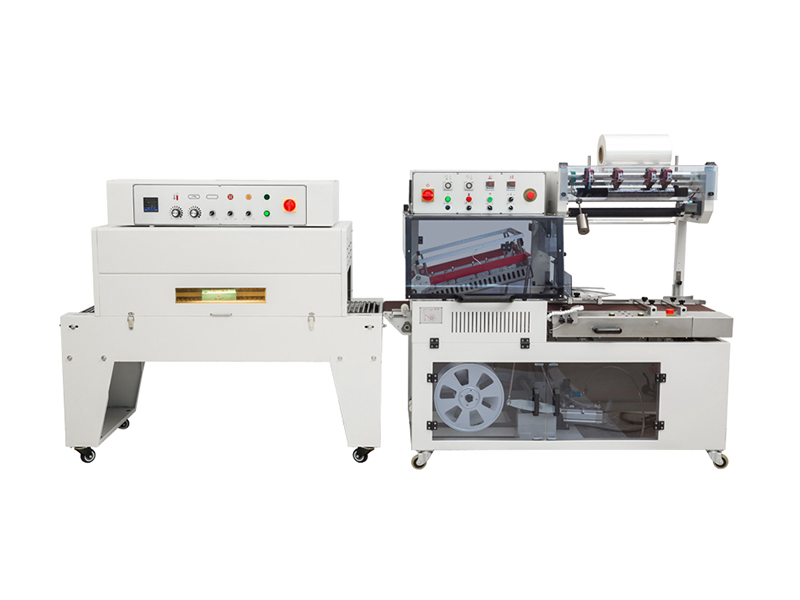 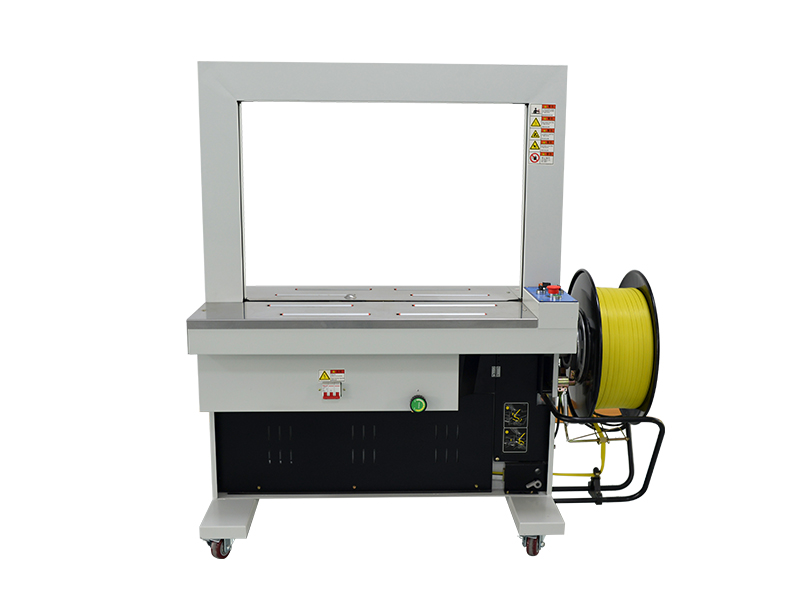